Vistas: 131
Hora de actualización: 2022-06-10 16:16:54
SUVs want to dominate, but there will always be pro off-roaders willing to hang on, less concerned with aesthetics than off-road capability, and focused on what really matters. One of those that still remains at the foot of the canyon is the Jeep Wrangler, whose official history is just over 30 years old, but whose roots go back to the first half of the last century.

El origen de la Jeep Wrangler is found in that of the Jeep itself. Known then as Willys-Overland, in 1940 it participated in the United States Army contest to present its project for a vehicle for the armed forces. His proposal was the Quad, which already established the aesthetic base of the model: rectangular shapes, characteristic grille with slats, round headlights, etc.

During the process it was evolving to adapt to the requirements of the army, gaining some size to become the Willys MA and, later, the definitive MB.

As with so many advances, the Willys went from the military to the civilian field, receiving a name change along the way (CJ) as well as in its morphology and mechanics: a 60-hp four-cylinder engine, a more rigid chassis, a larger windshield and suspensions. more comfortable.

It began its journey in 1945 and was manufactured until 1986, going through several series that perfected the concept in different ways: progressively increasing the power of the engines, improving the gearbox, etc.

In 1987, the market demanded a higher level of comfort, even without losing off-road capability, which led Jeep to launch the first Wrangler, which received the name YJ. It kept much of the character of its predecessor, but was distinguished by fairly characteristic rectangular headlights. It was marketed with a motor of just over 110 hp.

It was not until a decade later that the second generation appeared, which was clearly inspired by the predecessors of the Wrangler itself, recovering round headlights that it has not lost since then.

During its long life, the first Rubicon was presented, an extreme version with greater 4x4 capacity than the average. In its first appearance, in 2003, it already had a 4:1 gearbox, four-wheel disc brakes, four-wheel drive with three differentials, etc.

True to the quote, 10 years later the third generation of the Jeep Wrangler was presented, which brought with it important innovations. It grew in size, released a new chassis, completely renewed its range of engines (both gasoline and diesel, with powers of up to 285 hp) and marked the debut of the Unlimited version, with greater length and wheelbase, four-door body and capacity for five passengers. 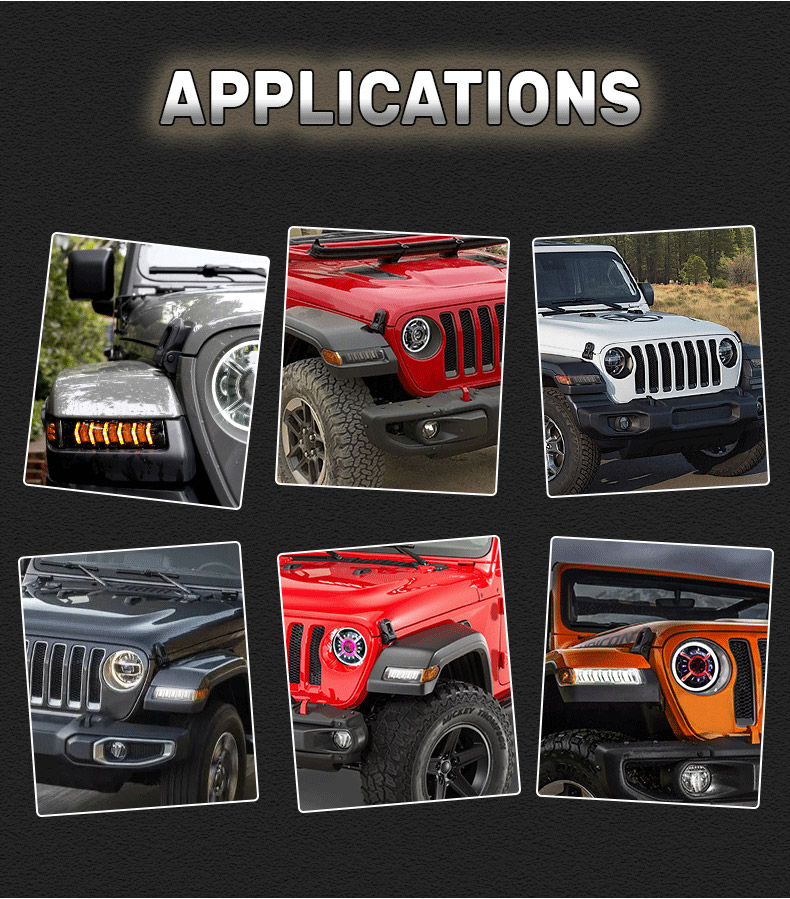